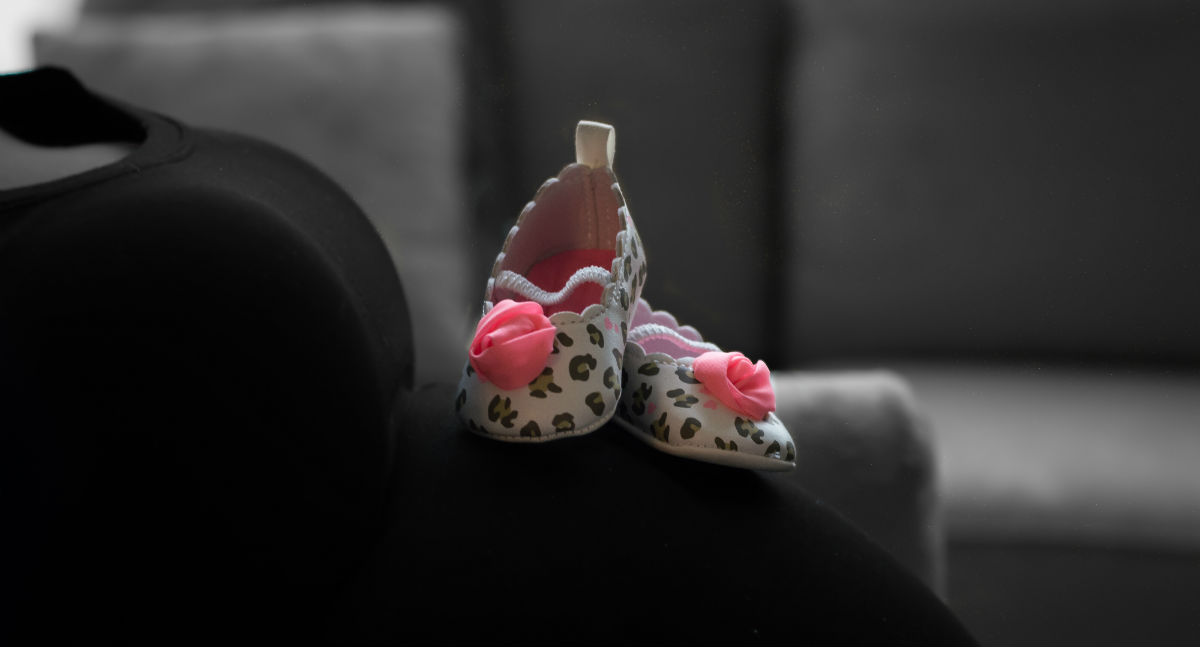 My mom recently told me a story about myself that I think is really telling.

From birth, my parents were determined to keep my upbringing very gender-neutral. They didn’t know I was a girl until I was delivered (I could have been Alexander), my room was cream and yellow and toys were mostly blocks or cartoon-like creatures. One day, I was playing in my mom’s closet and I came across the most beautiful sight I’ve ever seen, a brown-hair, blue-eyed Cabbage Patch kid doll, named Dolly. It had been purchased by a friend of my mom’s and she had kept it hidden because she truly believed that gender-neutral was best. But, for Dolly and I, it was love at first sight. I let out a blood-curdling scream “DOLLLLYYYYYY” and my mom promptly burst into tears. How could she have kept me from my one true happiness?!

It was clear from an early age that my maternal instincts were highly-developed. There was never a question in my mind of whether or not to have kids – it was only when will it happen?

After Pat and I got married in 2013, I was keen to start a family ASAP. Even though my husband wanted children, he wasn’t ready. He had just started his career as an electrician and work wasn’t steady. I was working hard at my own career and moving quickly ahead but hours were long. In our first year of marriage, Pat’s father was diagnosed with Stage 4 stomach cancer and he left us after a brave year long battle. It was devastating! For Pat and I, too much uncertainty and such sadness meant putting kids on hold.

In retrospect, I’m so glad we did. It allowed both of us to grow up and grow together. Going through such a profound loss bonded us closer than ever and our relationship flourished. Yes, there were some really shitty times that were extremely difficult, but those moments were always learning experiences that taught us how to communicate and how to appreciate each other’s flaws.

Then, one day, in January 2016, as we were driving home from our yearly Florida vacation, Pat turned to me and said “I have a vision for us. By  next year, we will have a baby.” I was shocked and elated. We quickly made plans to start trying after our 3 year wedding anniversary – May 18, 2016.

I was nervous though. I was overweight and had been on birth control for 11 years. Could I even get pregnant? I’d heard so many stories from so many women about how difficult it was to get pregnant (and stay pregnant). My heart went out to them…when you want something so bad, don’t you sometimes feel like you’ll never get it? I was almost afraid to say that I wanted kids outloud because I felt like the universe would curse me for being vocal.

Then, one day, about 3 months after stopping the pill and trying to get pregnant, I felt off. It felt like I was about to get my period (cramps, exhaustion, tender breasts) but it was nowhere in sight. I wrote it off to stress and being busy traveling (I was just coming back from my second New York Fashion Week, followed by a business trip to Chicago). On a whim, I bought a 2-pack of pregnancy-tests and while Pat and I awaited the results, we held our breaths…low and behold, it was positive. Pat ran over to the test first and I’ll never forget the look in his eyes when he turned to me to tell me it was positive – he looked so proud and happy. I was pregnant!

Our pregnancy story is a relatively simple one. I have no words of wisdom for women that are struggling with infertility, except that my heart is with you and I’m rooting for you. I am always here to talk to if you ever need a listening ear. There’s not one thing I did that improved my chances over anyone else’s. Call it fate, say it’s the universe, or that the timing was right…whatever it was, things worked out for us. I feel very lucky and a little guilty.

Thoughts? Comments? Want to swap stories? Send me a note below!

3 thoughts on “Our Pregnancy Story”