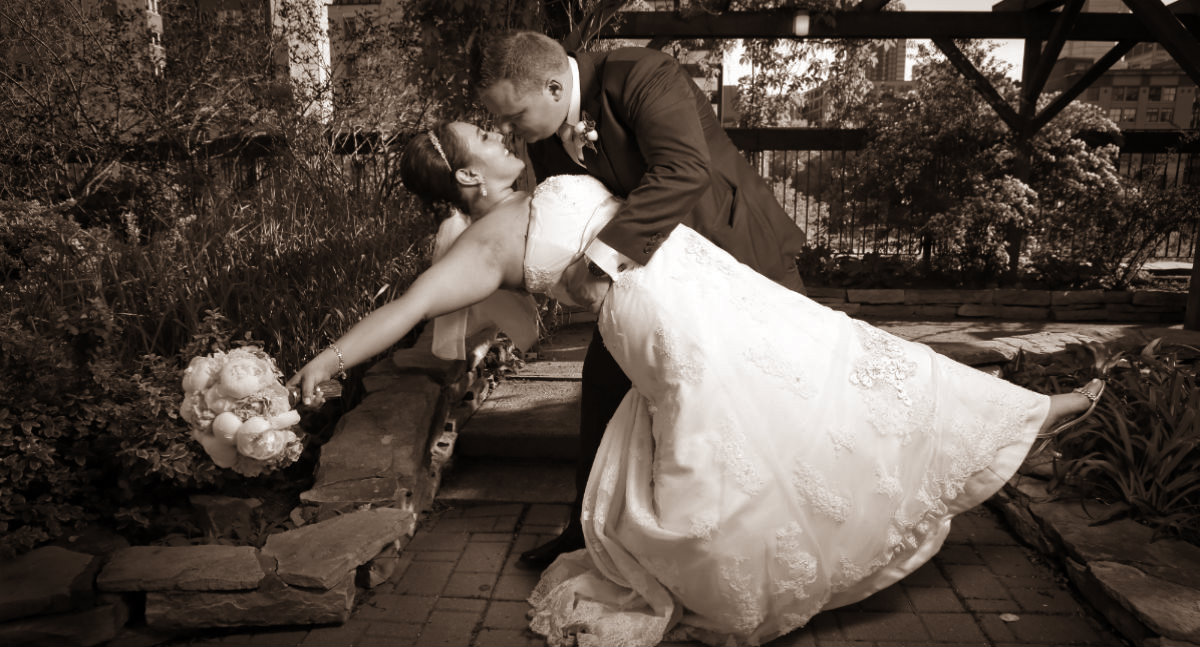 I met my husband, Patrick, when I was 18 years old. We were set up by a mutual friend who thought that his two single friends would like each other. It was the days of MSN Messenger, and my blind date and I chatted for quite a bit and hit it off. We’d talk for hours about everything and nothing. But when we finally came face-to-face, it was NOT a love connection. He remembers that I wore red pleather pants, drove my parents Pathfinder and had platinum bangs. He also claims that I acted like a stuck-up-snob. I remember that his hair was slicked back with gel, had his shirt unbuttoned WAY too low, and he had on a thick gold chain. I thought he was a Tony Soprano-wannabe.

After that disastrous first meeting, our mutual friend kept us in the loop of what each other was up to, but I didn’t actually see Patrick again for about 7 years. Fast forward to 25 years old; Pat and I had just both gotten out of long-term relationships that sucked our souls, and the same mutual friend was tired of hearing us bitch to him about our exes and complain about being single. So, he suggested that we get together for dinner.

I remember Patrick being so nervous at dinner his hands were shaking. In his defense, I was a lot to handle back then…I was still recovering from a deeply traumatizing breakup and didn’t want to “commit”. Poor Pat! He was a sweetie from the start, but I was too caught up in myself to notice. I was mean to him, really, really mean. It still makes me cringe to this day! He had told me after a few months of dating that he was falling for me, but that fell on deaf ears. I’d boss him around, expect him to take me out and pay for everything, and then go out with friends after he’d drop me off. Finally, one night he had enough of my shitty behavior and broke things off. He didn’t just dump me, he dumped me HARD! He wouldn’t answer texts, phone calls, emails, messenger, Facebook…he iced me out. I deserved it, I was horrible!

I knew almost immediately that I had messed up and lost something really precious. Nobody had ever made me feel the way that Patrick did. I instantly regretted my actions and tried to make amends. But my stubborn guy wanted NOTHING to do with me. So, we both went our separate ways and ended up dating other people. His relationship got very serious and I was afraid that he had potentially met “the one” and I lost out. But, thankfully, girlfriend screwed up and Pat and I were found ourselves single again 6 months later. I BEGGED our friend to help me get in contact with Pat. I was relentless! Calling, texting, email, Facebook…finally, I got a text back from Pat that said “What do you want?” and I was elated. I begged him to meet with me, it would only be minutes of his time. He agreed and we went for coffee.

In that coffee shop, I apologized like I had never apologized before! I was groveling! Pat was stoic and didn’t give away an ounce of emotion. But I told him that if he gave me a chance, that I would spend the rest of my life making it up to him. He said, “We’ll see…” 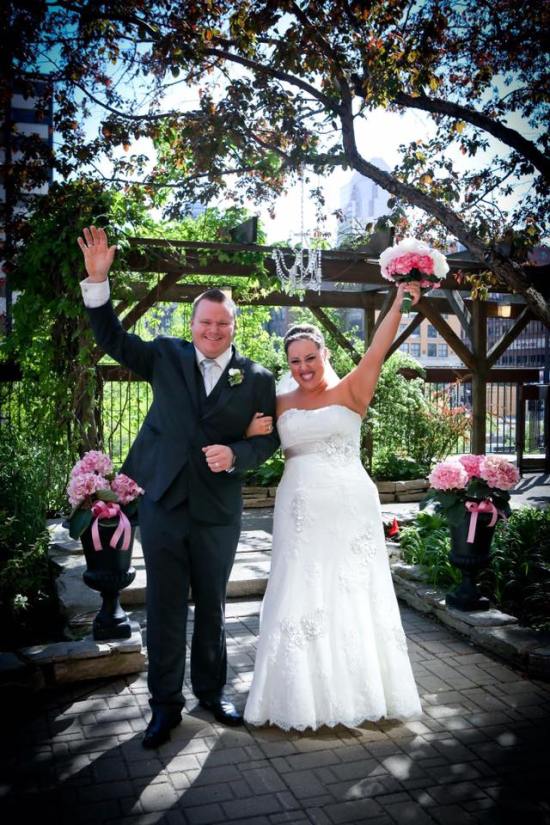 The last 5 years of marriage haven’t been a breeze. In our first year, Pat’s Dad passed away suddenly and it devastated our family. All the stress of the first year of marriage, a new house that needed major renovations, plus dealing with such a huge loss and depression…it nearly broke us. Thankfully, we came out the other side. We learnt a lot that first year; like how to fight fair and when to give each other space.

We waited 4 years to have a baby and I’m so glad we did. It allowed us to be in a much better, more stable place – emotionally & financially. It allowed us to travel the world together – Paris, London, Scotland, Iceland, Costa Rica, Mexico and Caribbean. And waiting before becoming parents gave our relationship the time to mature. As we became parents, we started to learn how to not sweat the small stuff and how to maintain our own relationship outside of being Charlotte’s Mommy and Daddy. That is a work in progress. There are very good days and very bad days. The important part is that we are each other’s best friend, team-mate and life line.

So to my husband on our 5th wedding anniversary, I love you. You are my person and I’m so thankful that we’re in this together. Here’s to another 5 years…and at that time, I would like to have vow renewal in Jamaica please and thank you.

REAL TALK: SO MANY QUESTIONS FOR YOU ALL! How did you meet your spouse? What obstacles have you faced? How have you overcome them? What does marriage mean to you? I want to know everything…share in the comments below!